Don’t Give Up, Try Again

At the beginning of the month I laid out a challenge for myself, to write a blog post a day. And like most challenges, resolutions, or goals, things started off like gangbusters! But then the middle of the month arrived which included about 10 days of travel.  I knew I should get at least a few of my posts written ahead of time and scheduled, but I just didn’t allocate enough time.

Certain activities had to be done so that I could fulfill my obligations of the trip. Other items on the task list were easier to do or seemed to have a higher priority. So I decided that I would just try and post while I was on the road. In the end that resulted in a big fail, but a failure can be a great learning experience if you are willing to consider it as such.

In my life I have learned that ultimate success comes not from lack of failures, but from learning from failures and missed marks and then giving it another go, completely aware that I may fall short yet again. Rarely does success happen with the first try. The difference is, successful people don’t dwell on the failures; they learn from them and then move on. 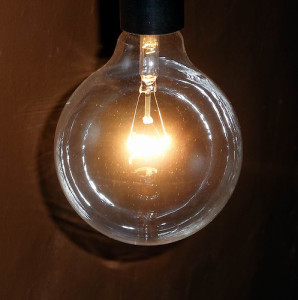 Thomas Edison, by most people’s standards, would be considered to be a successful inventor. His success, however did not come without challenges. A few of my favorite quotes attributed to Thomas Edison are:

Negative results are just what I want. They’re just as valuable to me as positive results. I can never find the thing that does the job best until I find the ones that don’t.

Our greatest weakness lies in giving up. The most certain way to succeed is to try just one more time.

So I take some solace in his words, knowing that I have the potential to succeed if I don’t just give up. And what lessons did I learn during this first trip that I can apply to my next trip, which is just a few weeks away?

So does this mean I will have success from this point on? I would like to think so, but history would say I probably have a few more lessons to learn along the way.  But I do know that success won’t come if I give up, so instead I will try again.  And I hope you will continue along with me as I try, “just one more time,” and continue in my journey of learning from failures.