Rethinking Failure – It Is Not Black and White 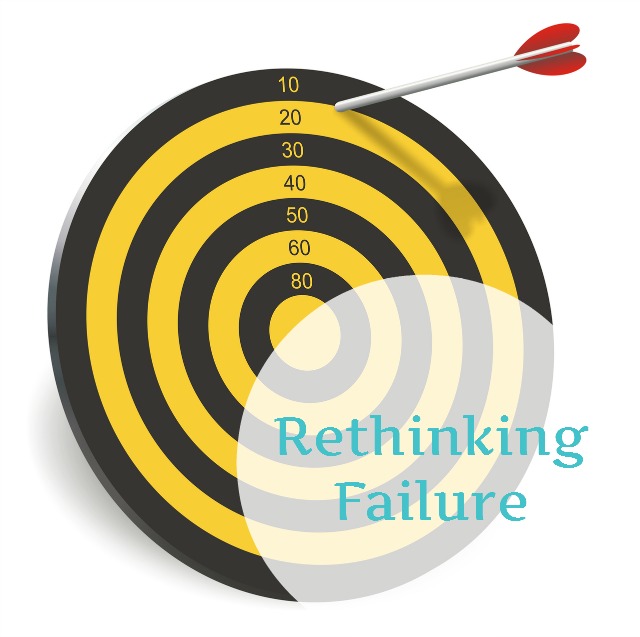 Failure is a harsh word. But it is often the word we associate with a scenario that doesn’t turn out in the successful, happy, satisfying way that we had originally planned. But I don’t think looking at something as a failure is really helpful.

If something isn’t a success, we often jump to the opposite and call it a failure. But rarely are projects and activities so clearly black and white. In reality, most things we engage in fall along a spectrum. To delineate anything that does not hit the ultimate success mark as a failure is just not fair.  Failure is all about negative connotations. Along with that comes lots of negative emotions – neither of which is usually helpful in the long run. How much better would it be to grade our goals and objectives on a scale, looking at each element and component individually instead of lumping the whole thing into a single pass/fail mark?

During the past 2 weeks I have been processing the ending of a project that did not turn out as I had hoped. In black and white terminology it would definitely be called a failure. But that is not at all how I am seeing it. Almost every successful entrepreneur will say that there were many failures before their “big” success. But my guess is they didn’t really look at them as failures, either. They looked at them as opportunities to learn, explore and refine their offerings.

As an educator first and foremost in everything I do, it is instinctual to ask the question, “What did I learn from this?” By simply asking this question a negative result can quickly be turned into a valuable learning experience. And for better or worse, we still do an incredible amount of our learning the “hard way” through experience versus training. However, as soon as we ask the question, we have the possibility of doing better and/or sharing the knowledge with others, both of which are positive results. At a minimum, we are less likely to take the same action again with the same less-than-desirable outcome.

To get the most from the situation it is important to not only look at what didn’t work, but also what did. Most of us will have more success by doing more of what we are already good at than we will by “fixing” the areas that need improvement. Both sides of the equation have value, but it is easy to get fixated on the negative aspects when the positive points have great educational value as well.

Once you have identified the list of positives and negatives it is time to start asking the question, “What could I have done differently?” or “Why was that element successful?” These questions help you probe into the deeper heart of the matter. Of course, this is a time to be truly honest with yourself – sometimes the answer to the question is hard to hear, even in your own head. Other times you may need the wisdom and insights of those closest to you and the project.

The key here is to not rush through this phase. At the time, thinking about everything might be difficult or painful. But as time passes, it becomes easier to look at things much more objectively. All this to say, it is important to not rush off half-cocked. Remember to think about not only the most recent events, but also key decision points throughout the process, considering how a different path might (or might not) have created different results.

Even if you don’t have plans to create anything similar, elements of any activity will probably come in to play in future projects. Thinking about how this experience might apply to future activities long before you are in the heat of the moment significantly increases the likelihood you will actually apply your new found knowledge. You may also discover that there is application to projects that are already in process, even if it requires a change in mid-stream.

In my situation, I learned on the positive side that the product was quality, the delivery mechanism was solid, and I utilized the right mix of outsourced help to make the project happen. On the negative side I have concluded that more market research was probably warranted, a better, more complete marketing plan was required and working with consumers in this scenario was more difficult than predicted.

What I realized through additional discussion was that the little bit I worked with manufacturers was both simpler and fundamentally more profitable. There just wasn’t any means in the existing model to expand on that realization. Including manufacturers was an after-thought of the project, whereas if they had been part of the original planning, their resources could have been leveraged more effectively.

So as I begin looking at a new product, working with manufacturers is at the forefront of my thinking. In addition, I am beginning with a more thorough process of market research before investing any significant time or money into the venture. Will this make everything more successful? Only time will tell. But either way, I have new insights, knowledge and experience I can apply this time around. Was the last project a success? Not by a long shot. But it wasn’t a failure either. It was a valuable learning experience.