The Secret to Teaching a Complex Concept

Have you ever had a difficult concept to share and just didn’t know where to start? Was the problem compounded by not having a lot of familiarity with your audience? I have a secret to getting my point across that has a wonderful success rate. It is not difficult, but it can require a bit of creativity.

The trick is to ask your audience, class, readers — whomever you are trying to communicate with — to stop focusing on the actual thing or concept. Instead, provide an example that is easy to relate to and takes them along a similar path of understanding.  Then when you introduce the real idea, it is easy to draw parallels and get them to come along with you. 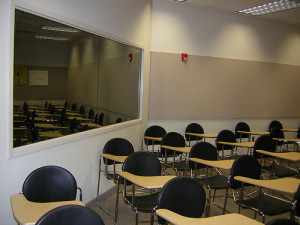 The first time I utilized this tool I had no idea this was what I was doing. I was probably still in junior high, and I was “teaching” a class of college students. At the time, my dad was an instructor at the local community college teaching automotive technology. Part of working on the car (at least at the time) involved working with a tool called a micrometer which measures small fractions of an inch. Part of the basics of this course was making sure the students had an understanding of fractions, particularly multiplication and division of fractions.

Dad was stumped on how to explain it in an understandable way – not just the how, but the why. It was summer school and he had asked Mom to come to his class (she had been a teacher as well), to see if she had any ideas; I came along for the ride.  When I heard what Dad’s conceptual problem was, I had an idea but I needed a bit of prep time – 5 minutes or so. So he gave the class a break and I went to work. 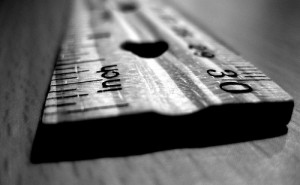 I drew a giant ruler on the chalkboard representing 2″. Everyone had seen a ruler before, so it was easy to get the group of students to visualize what I was doing even though it wasn’t to scale.  I had also drawn marks to represent down to 1/32 of an inch along the entire piece.

When class reconvened, I took over the class temporarily. I used the “giant” ruler to give examples of taking a fraction, like 3/8, and multiplying it by 4 is really 4 “sets” of 3/8.  I marked it out on the chalkboard so they were then able to see WHY 3/8 times 4 equals 1 1/2. I did a couple more examples including similar exercises with division. By moving the concept away from just numbers and converting it to a ruler, folks were able to understand what was being shared.  Then when the numbers portion was shared, it made much more sense. 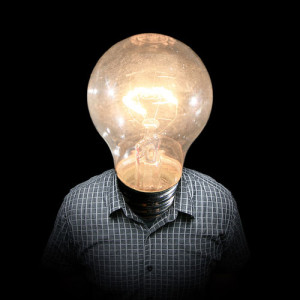 It was my first time experiencing what I call the light-bulb-moment: that instant in time when another person gains some piece of insight based on something you have shared. You can see it in their eyes and in the expression on their face, and hear in their words. At the time, I had no idea that it would be so addicting.

How could you use the secret to teaching a complex concept to share something complex from your world? Take a moment and share your example in the comments below. Every example helps us all be more creative with our own examples in the future.